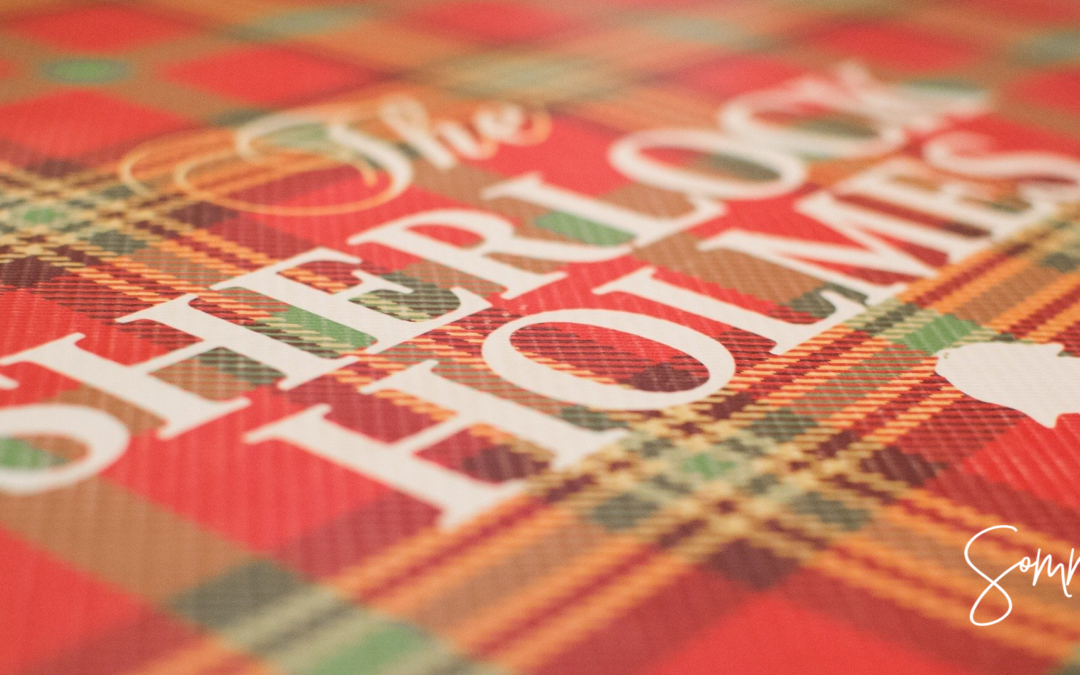 Bill: Our Chairman, Dr. Joseph Yeager, was a prolific reader. He was genre-agnostic, devouring everything from thick, scientific tomes to popular fiction to comic books. He believed that if we pay attention, we will see that universal truths are everywhere in the stories we tell.

One line I recall him quoting came from Sir Arthur Conan Doyle, creator of Sherlock Holmes: “The temptation to form premature theories upon insufficient data is the bane of our profession.”

Mary: This is such a great connection between market research and Sherlock Holmes, Bill. My dad and I have always shared a love of mystery novels. When I was a kid, we started with the Agatha Christie and Sherlock Holmes classics, before moving on to P.D. James and Ian Rankin as I got older.

We would each read the same mystery, and we would compete to see which one of us guessed the killer, how the murder was pulled off, or what the motive was. A full victory was guessing all three, with partial bragging rights awarded for sniffing out any of the correct details.

I think these skills set the groundwork for my career as a linguist working in market research—all of us have preconceived ideas about language and how it works, but linguists approach language as both a science and a social practice to find out how language is actually used by specific groups of people. Now, of course, I apply this advanced language analysis to market research to uncover the truth!

Bill: When Dr. Yeager shared that quote with me, he was talking about how it related to executive coaching. The kernel of truth inherent in this quote, however, is one of those universal certainties – it fits equally well within the concept of several professions in which the ultimate objective is uncovering truths.

Mary: I love that Holmes quote, because it applies to more than the bumbling police force being shown up by the brilliant detective in a classic whodunit.

We are all prone to make snap judgements and ‘go with our guts’, rather than taking the time to carefully consider multiple angles and follow the evidence so that we can make data-driven decisions. It speaks to such a truth about us as humans.

Bill: Sir Arthur Conan Doyle could just as easily have been referring to market research as to detective work because what are market researchers if not detectives? Before pharmaceutical or biotech clients can guide consumer or prescriber behavior, market researchers must first help them identify facts and assemble them in ways that reveal the respondents’ motives, opportunities, and means.

Mary: This is my favorite part of social media listening, actually. Before we launch a full query to collect Twitter or Instagram or Reddit conversation data, we usually have an idea of what we will get back, because the team has tested our query ahead of time. However, we never completely know who will end up in our tracker, or what exactly people will be saying about our topic of interest.

That’s where the fun part comes in—that deep qualitative dive into the language beneath the high-level metrics, and then leveraging a combination of linguistic tools and human analysis to find out what a given online audience cares about, and how they talk about it.

And when we combine social with traditional respondent research, we get such a fuller picture of how people think and feel—from the cutting-edge early adopters on Twitter, to the regular folks who don’t use social media at all.

Decisive, evidence-based recommendations to guide strategic business decisions are out there for those businesses who are still conducting market research. In this time of uncertainty caused by the COVID-19 crisis, having some clarity is now more important than ever.

Mary: After all, in the words of the famous Holmes himself, “It is a capital mistake to theorize before one has data. Insensibly one begins to twist facts to suit theories, instead of theories to suit facts.”

This  applies to all of us—detectives, linguists, market researchers, and business leaders.